Our designer photosynthetic organisms are sustainable & beneficial to the environment. They fix carbon, do not require arable land & can be engineered to grow in sea, waste or polluted water sources.

Our platform technology combines the power of biology to manufacture with the latest advances in biotechnology. We design sustainable cyanobacteria biofactories able to produce targeted high-value compounds for a broad range of $billion markets. 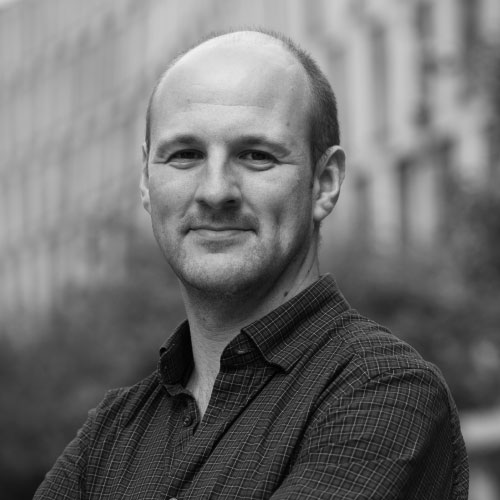 James is an experienced genetic engineer, who has helped catalyse the emergence of Synthetic Biology on the international stage. Prior to founding Bondi, James was the architect of a new wet lab facility at world-leading technical-consultancy Cambridge Consultants. There he took the technical lead on a range of projects including HT characterisation platforms, cell-free sensing & DNA data-storage, culminating in the successful authorship of Wikipedia in DNA.

James worked in Microsoft Research’s Biological Computation Group & spent time in Saudi Arabia, working to generate sustainable biomanufacturing solutions for global chemical producer SABIC. James served as National Programme Director for UK Synthetic Biology & was Secretariat to the UK’s Synthetic Biology Leadership Council, where he supported the implementation of the UK’s Strategic Roadmap in Synthetic Biology. He was an iGEM Ambassador during the formative years of the competition, and was Principal Advisor to the University of Cambridge iGEM teams from 2007 through 2010, including the award-winning E. chromi team in 2009.

James holds a PhD, MA & MEng from the University of Cambridge.

What does your company need most right now?
While we’re looking for further investment in the coming year, it’d be wonderful to build out partnerships with global market-leaders in our application areas, be it fragrance, cosmetics, pharma- & nutraceutical, specialty chemical or agriculture.
What does success look like to you?
We want to build a world-class biological design capability here in Central Sydney – and put Australia at the forefront of the global bioengineering sector, where biology and digital collide.
My happy place is:
Molineux – home of Wolverhampton Wanderers F.C.
Previous company
Back to the Tech23 2020
Next company